In January 2008, members of the Central North Island Iwi Collective, (CNIIC) in particular James Carlson from Ngāti Whare and Dixon Chapman from Ngāti Tūwharetoa came to the RTB office in Tokoroa to meet with the trustees, kaumātua and the treaty team, to respectfully request Raukawa to join the CNIIC.

Uncertain of the implications of joining the CNIIC, particularly as it related to Raukawa interests, the RTB asked the team to investigate the situation.  On the 6 March 2008, Nigel Te Hiko and RTB trustee, Thomas Smith as the appointed Raukawa representatives officially commenced a watching brief of the CNI.  Te Hiko realised it was crucial for Raukawa to be a full member of the CNIIC and on the 3 April, the RTB confirmed Raukawa commitment to the CNIIC as a full member.

The CNIIC presented to the then Deputy Prime Minister, Dr Michael Cullen, a proposal to settle the CNI Forest claims of the iwi.  The CNIIC took a significant step forward towards settlement with the completion of a draft agreement in principle of substantive terms.  The Raukawa team of McKenzie, Te Hiko and Smith negotiated a significant allocation for Raukawa.

While the CNI agreement was progressing at a frenetic pace, the RTB was still required to secure a fresh mandate from the iwi to negotiate the Treaty settlement.  Anxious to secure that mandate, on the 1 May 2008, McKenzie and the team commenced a gruelling round of nine hui-ā-iwi held throughout the country.  At each hui the team outlined the strategy to settlement and introduced the idea of a Raukawa commonwealth.  In this respect, raised during each hui was the notion that no Raukawa uri would receive any more or less than any other uri member and that any redress would be held holistically by the RTB to be shared equally amongst the iwi.

In a display of overwhelming support, the iwi voted to mandate the RTB with 98% in favour.

They immediately then began another round of hui-a-iwi, this time to ratify the CNI Forestry Settlement. For the team it was an extremely challenging and often emotional time for everyone involved including trustees, kaumātua, claimants and their respective whānau.

As a result, with a 100% show of support, the iwi voted to accept the CNI Deed of Settlement.   With such strong support demonstrated by iwi such as Raukawa, the Crown agreed to the CNI forest deal.

The signing of the Central North Island Forest Deed was held at Parliament on June 25, 2008.

Over 200 Raukawa along with other iwi, converged on Parliament. Kaumātua, RTB trustees and claimants as special guests sat in the Beehive’s Banquet Hall where the signing ceremony took place.  Those that could not be accommodated at the signing ceremony watched close-by on CCTV footage that was streamed live.

Following all the speeches, the iwi leaders signed the Deed of Settlement.  One by one each leader signed and as the Raukawa Trustees, led by George Rangitutia crossed the stage to sign, the haka “Orongo mai” erupted from the Raukawa supporters.

It was a proud moment for many of Raukawa to sign the deed.

Later, kaumātua and claimants remained at Parliament to watch the first reading of the Central North Island Forest Land Collective Settlement Bill.  That same night, the trustees, kaumātua, and claimants met separately with the Crown to sign Terms of Negotiations for its comprehensive and river claims.  This agreement officially marked the commencement of Treaty settlement negotiations between Raukawa and the Crown.

Later that year, the Bill became law and the CNI assets held by the Crown were transferred over to the CNI Iwi on the 1 July 2009 at a formal ceremony held at Herangi Marae, Tūrangi. 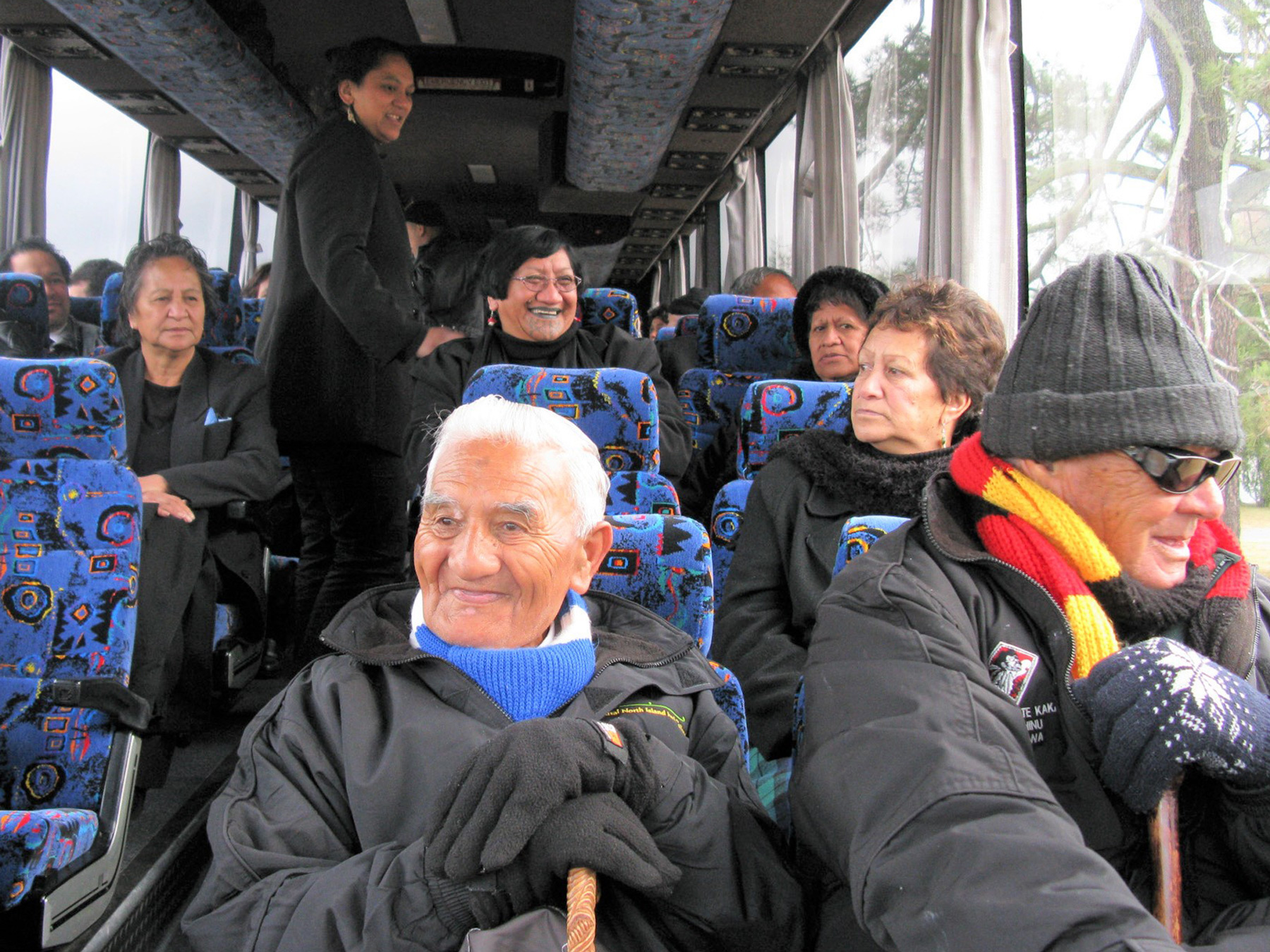 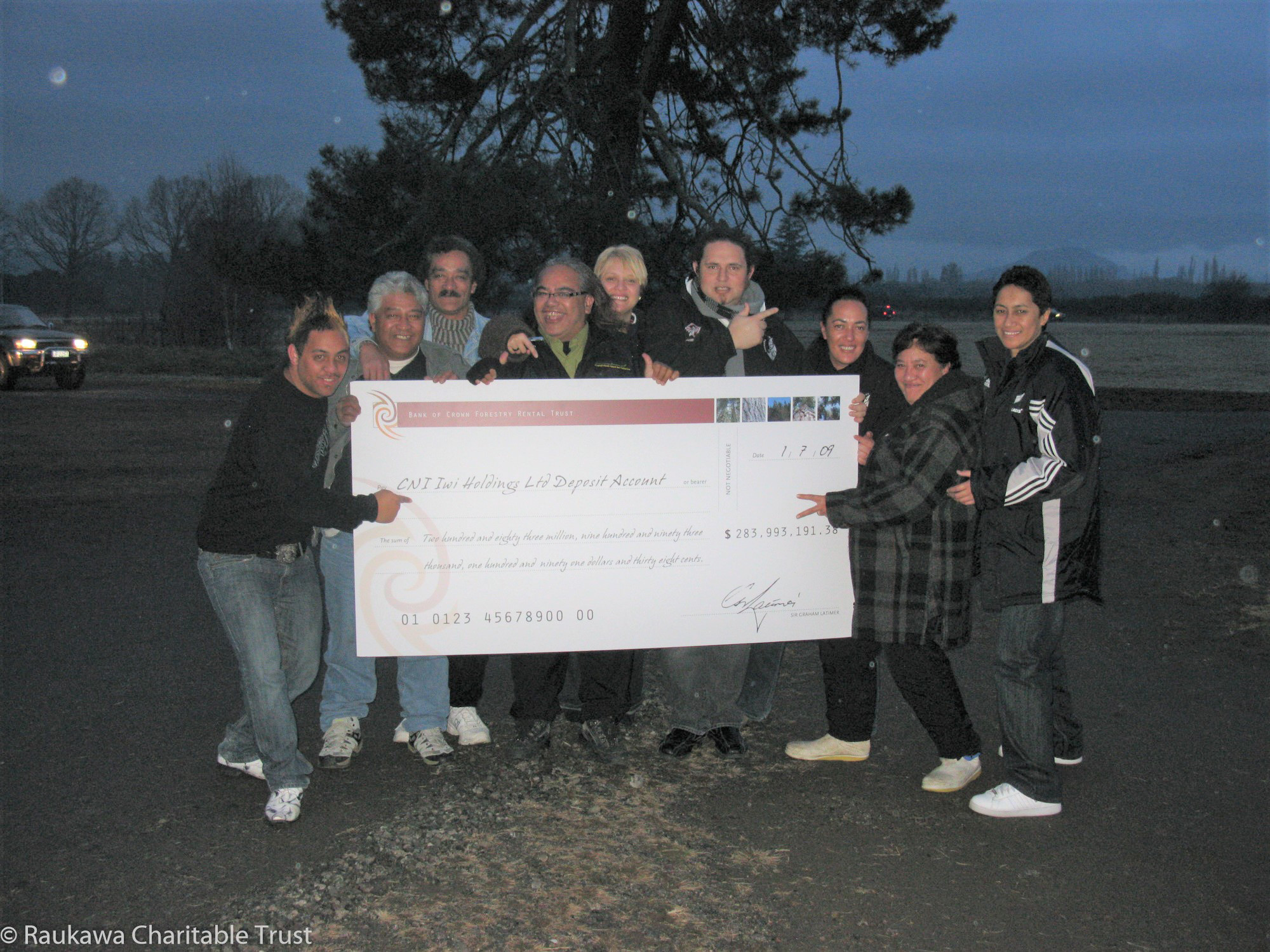 Origins CNI Settlement – Chris McKenzie, Nigel Te Hiko, Miriata Te Hiko (Nigel to stand corrected as he and Thomas Smith were not the original members for Raukawa at the CNI & VIP stands for Volcanic Interior Plateau not Volcanic Iwi Plateau).